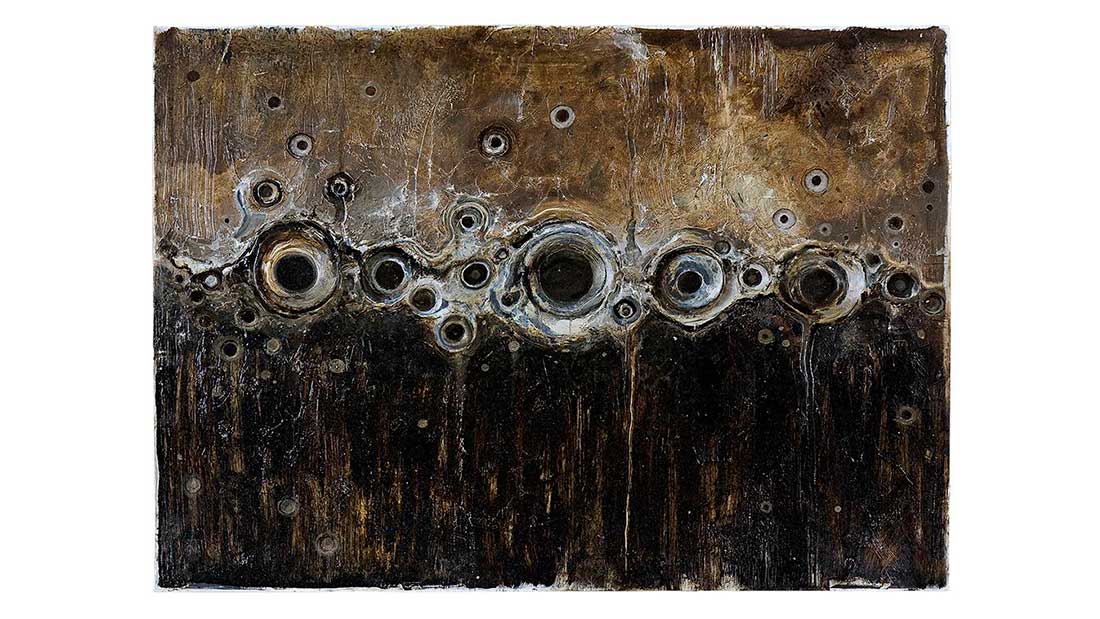 Many paintings that to Westerners seem incomplete, can instead receive the appreciation of connoisseurs, since in Chinese painting the relationship between white and black spaces is fundamental. If there are many blank spaces left in the painting, it may not necessarily be considered “complete from the spiritual point of view”, “vivid from the point of view of artistic expression”!

If the public is gifted with the aforementioned preparation to admire Chinese painting, then they will be qualified to thoroughly evaluate Mr. CHOUCHI’s Chinese painting through careful analysis.

Giuseppe created the foundations of self-taught Chinese painting; when I found out, I was very impressed, as the story of an Italian Qi Baishi seemed to repeat itself. Qi Baishi became a self-taught modern Chinese art master! Since Joseph did not hold back in the study of painting itself, but at the same time deepened the Chinese culture, including Daoism, the depth of his soul conforms to the traditional Chinese spirit. This analogy is the key to which Italian eyes can truly understand Qi Baishi and Bada Shanren. This Italian artist not only has the Chinese name “CHOUCHI”, but also has the nickname “Pelle di Pietra”, similar to a stage name, but its content is even richer than the stage name. One of the outstanding achievements of the Chinese painting of mountains and waters (shanshui hua) is truly that of expressing the skin of the stone through a particular pictorial style.