Mel Bochner: The Quarrel over Language 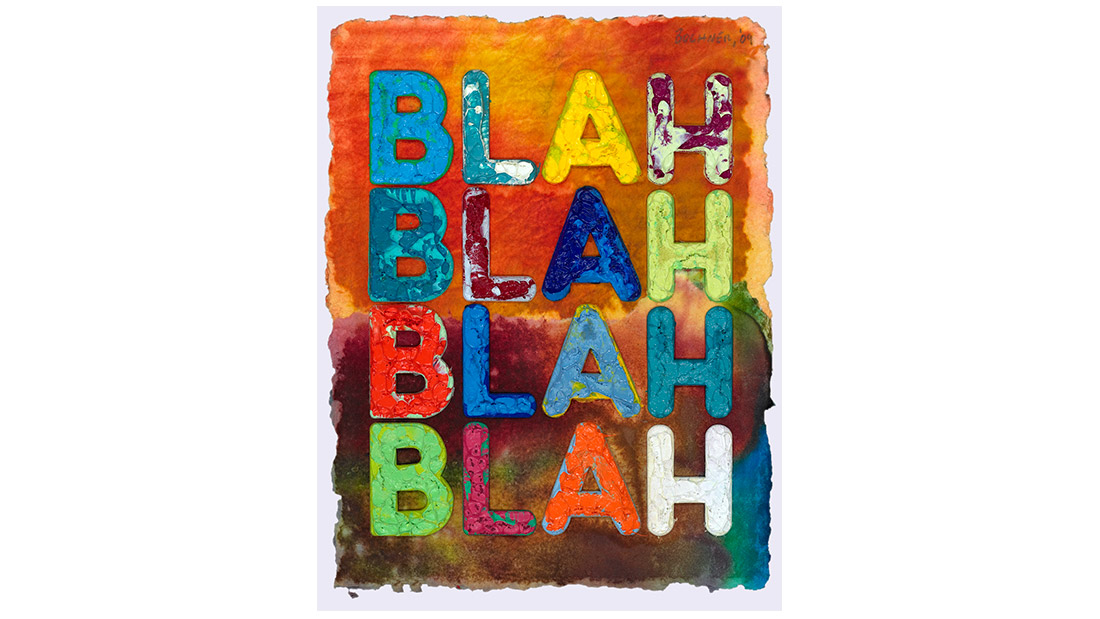 The second of the three events curated by Marta Casati for metroquadro has as its protagonist Mel Bochner, one of the first to have introduced language into a visual field in 1960. Bochner is considered a professional guide of Conceptualism, even if he himself states in the interview in the catalog: “I have never liked the definition ‘conceptual art’. It is too general a term to have any real critical value ”. The American artist was immediately attracted by the link between art and word, so much so that he came close to Ludwig Wittgenstein, Austrian philosopher and logician, author of fundamental contributions for the foundation of logic and the philosophy of language.

The exhibition The Quarrel over Language, hosted by metroquadro, collects about twenty monoprints, one-offs, on handmade, pressed, and painted paper, and three 40 by 60cm format oils from the 2008/2009 series entitled Blah, blah, blah.

“The debate that arose on the word and on the connection of his dialogue also interested Mel Bochner with astute and rhythmic elegance go to this site . Our author is a subtle strategist, a tightrope walker who walks on threads woven by the mind and by a concrete Conceptualism but with well-structured theoretical bases “, we read in the critical text,” The works that belong to the Blah, Blah, Blah series, in first and foremost, effective means of transmission are made to communicate without making constraints to the detriment of the content. Bochner plays with thought and with the physical representation contained by the graphics of the word that represents it, without dictating irreversible conditions and features. The union of the letters becomes module, unity, reproducible essence to the point of merging into pictorial texts with sometimes mathematical, sometimes poetic components “.

Mel Bochner was born in 1940 in Pittsburg, Pennsylvania. In 1966 the Visual Arts Gallery in New York presented his first solo show. Later he exhibited, in solo and group exhibitions, in galleries and museums all over the world. His works are present in important public collections, including the Metropolitan Museum and the Museum of Modern Art in New York, the Center George Pompidou in Paris, the Tate Gallery in London, the National Gallery of Art in Washington, the Museum of Contemporary Los Angeles Art. In 2006 the Art Institute of Chicago dedicated an important retrospective to him, Mel Bochner, Language 1966-2006.